Here are two varieties of arugula – Esmee on the left and Astro on the right.

The last few days I have been busy sowing my ~120 different tomato varieties, as well as eggplant and tomatillo.  The very first tomato variety to germinate was Amy’s Apricot. 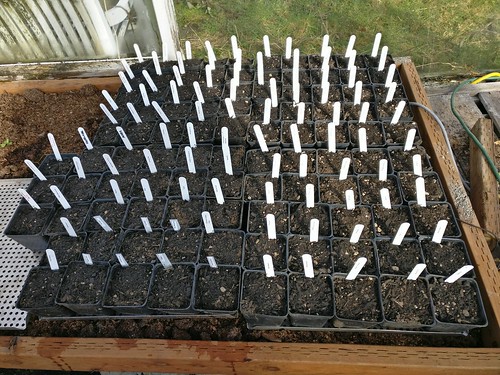 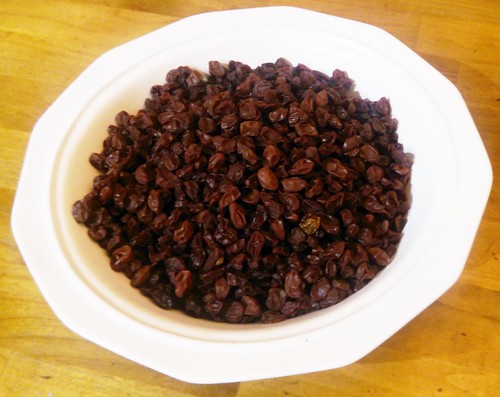 Our great weather this summer yielded a beautiful crop of about 20 lbs of Thompson Seedless grapes, from which I produced 3 lbs of raisins.

Here is a photo of a Pale Swallowtail. 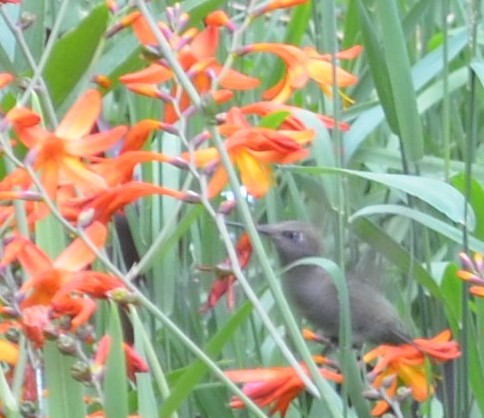 OK, not really. Pale Swallowtails are quite rare here, so when I saw one feeding on these flowers I raced for my camera. Just as I focused this Anna’a Hummingbird showed up and aggressively drove the swallowtail away.

Isaak Walton, in his book Compleat Angler, published in 1653, quoted Dr. Boteler as saying about strawberries “Doubtless God could have made a better berry, but doubtless God never did”. 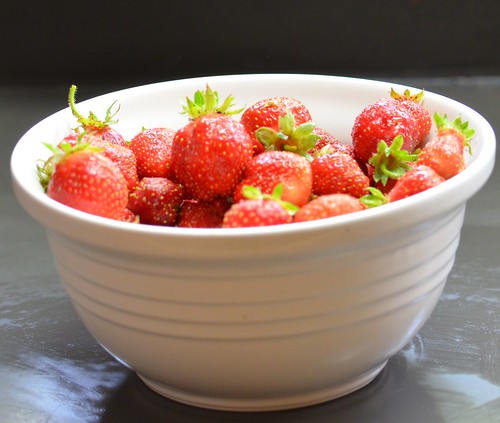 We had the second-wettest February on record in the Puget Sound, followed by the wettest March ever recorded, so needless to say, I haven’t made much progress preparing the garden for planting.  That has left more time in the greenhouse, so my tomato starts (120 mainly heirloom varieties) are doing well.

The weather today doesn’t look the slightest bit Springy. The sky has been spitting rain 24/7 for days, and daytime temperatures for the last week have hovered around 38 degrees F.  F is an abbreviation for F’ing cold. Still, it appears that Spring is around the corner because A) Lucy, my border collie, is shedding fur  in gross handfuls and B) a love-sick pileated woodpecker has begun pounding on the beams in my barn because he loves the way the metal roof amplifies the sound.

So…. ignoring the weather and heeding these clues of impending Spring, I have begun planting flats with seeds. Yesterday I planted onions (Ailsa Craig Exhibition, Ringmaster White globe, Red Globe, and Early Yellow Globe) leeks (Carentan), flat leaf parsley, Broccoli (Waltham 29, Romanesco) and lettuce (Winter Brown, Lavigna).  Today, I am planting fennel (Florence), celery (Utah 52-70), celeriac (Giant Prague), King Richard leeks, and Early Jersey Wakefield Cabbage. Seeds are loosely scattered in flats of commercial potting soil, and flats sit on the floor of my “mudroom” covered with plastic film.  One flat sits on a warming pad, but as I only have one small pad, the other flats just depend on the nearby wall heater for warmth.  The flat on the pad will undoubtedly sprout seeds first. As soon as sprouts appear, the flats will be transferred to my greenhouse, where they will sit on a thermostatically heated bed of sand.